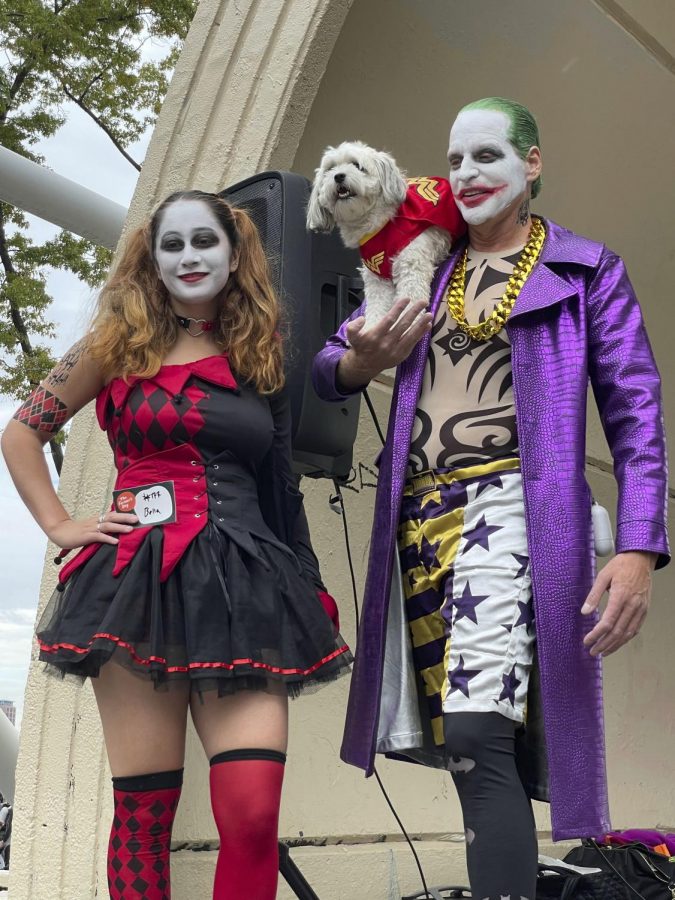 Snickers, starbursts, hershey’s galore. It’s that time of year when dozens of masked children arrive at your door.

Trick-or-treating will be on Halloween Eve, also known as Devil’s night.

Those living near downtown Edwardsville will not want to miss trick-or-treating on Main Street. Festivities will begin around dusk.

On Halloween Day, Edwardsville will host its infamous Halloween Parade.

It will begin at 6:30 and travel from Lincoln Middle School to High Street. According to an Edwardsville Halloween press release, this year’s theme is “Masquerade on Main Street.”

If you are not able to attend the parade, you can still enjoy the festivities from home. The parade will be streamed live on The City of Edwardsville’s Facebook page.

Not surprisingly, recent fads have found their way into halloween costumes this year.

Squid Game ranks 23rd nationally in costume popularity. Netflix expects it to rake in $900 million in revenue despite the mere $21.4 million budget.

Costumes for Squid Game will likely include one of two main characters:

The contestants of Squid Game wore green track suits with their number on the front and back.

The workers of Squid Game wore red hazmat-like suits with a black mask. They either had a circle, triangle or square on their mask to demonstrate their rank.

Similarly to Squid Game, Cruella de Vil is highly ranked in costume popularity at fifth in the nation. Cruella, starring Emma Stone, was released May 28 of 2021.

Cruella costumes will likely include her black jumpsuit with cloak in addition to her iconic black and white wig. No puppies were harmed in the making of these costumes, however.

Shifting from the big screens to phone screens, Among Us is currently ranked sixteenth in the most popular costumes. These characters are blob-like astronauts and come in just about any color from brown to pink to yellow.

Those looking for a little less sus and a little more Halloween spirit will be glad to know that some more traditional costumes have ranked highly this year.

Ghosts, vampires, skeletons and zombies will likely be on the prowl this Halloween.

Whether at the parade, trick-or-treating or on your doorstep, be sure to have plenty of candy. It may not be a full moon, but there will be plenty of monsters out this Halloween.