Hockey Team Hopeful for Season Ahead After Chicago Tournament 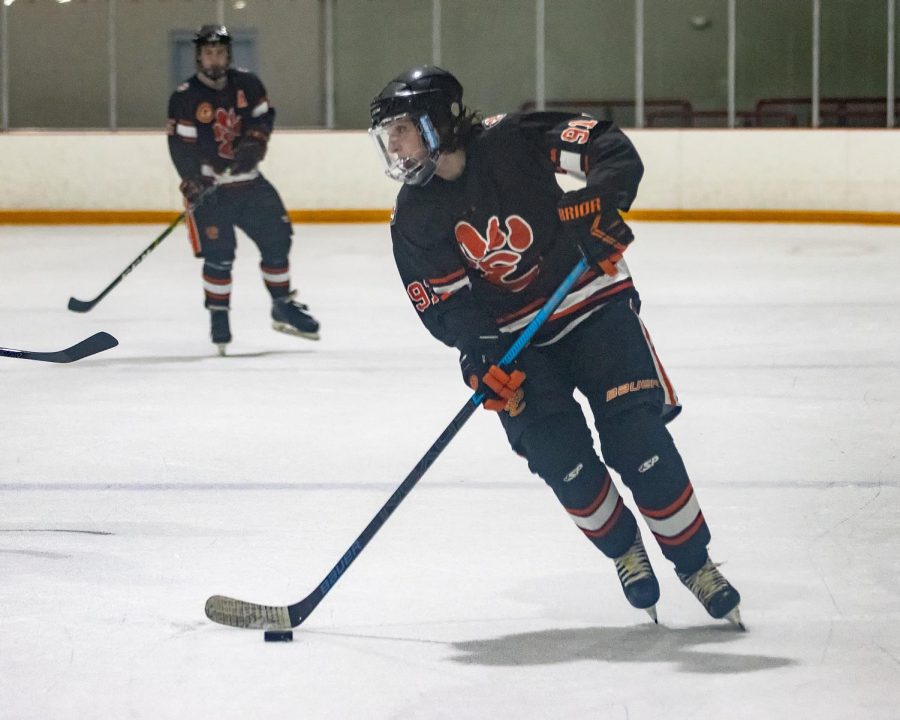 “It was fun,” 12th grader Paige Hunt said. “But because we brought a whole bunch of less-experienced kids to the tournament, it didn’t really go in our favor, and we lost all three games. We played really well in the last game, though.”

Six 12th graders attended the trip, along with the largest number of 9th and 10th graders ever invited to the tournament, according to Hunt.

Among the attendees was 9th grader Sam Cook, who said the trip offered plenty of bonding opportunities for the team that will greatly benefit them as the season continues.

“…To play with the upperclassmen was a great experience that I’ll always remember,” Cook said. “It was my first opportunity in Tiger Hockey to play at that level and make friends with players I can learn a lot from.”

“I thought overall the tournament went well,” Vetter said. “We had a very young team mixed in with a couple of returning players from last year’s championship team, so it was an interesting mix of guys.

“However, we were missing some of our leading scorers and playmakers, so that caused a decent amount of trouble in the offensive and defensive zone, which created a lot of scoring opportunities for the other teams.”

Despite this weekend’s losses, the team is still hopeful, and according to Vetter, veteran players have greatly improved their skill and leadership, which is likely to benefit the foundation for the team.

“I think once we can get our full team on the ice mixed in with a couple of new guys, we will be a dominating force in the mid-states league this year,” Vetter said. “We’ve got a very determined group of players and a strong coaching staff that will give a good chance at success in and out of every game.”

Mid-states is an annual competition for the team, excluding the seasons impacted by COVID-19. Though it has been years since the team has won, according to Hunt, they generally still place in the middle of the league, qualifying for nationals.

And the team is looking forward to nationals now that the rest of the players are joining the ice.

“We’ve got a very determined group of players and a strong coaching staff that will give [us] a good chance at success in and out of every game,” Vetter said.