Please Do Not Get Rid of Our Snow Days 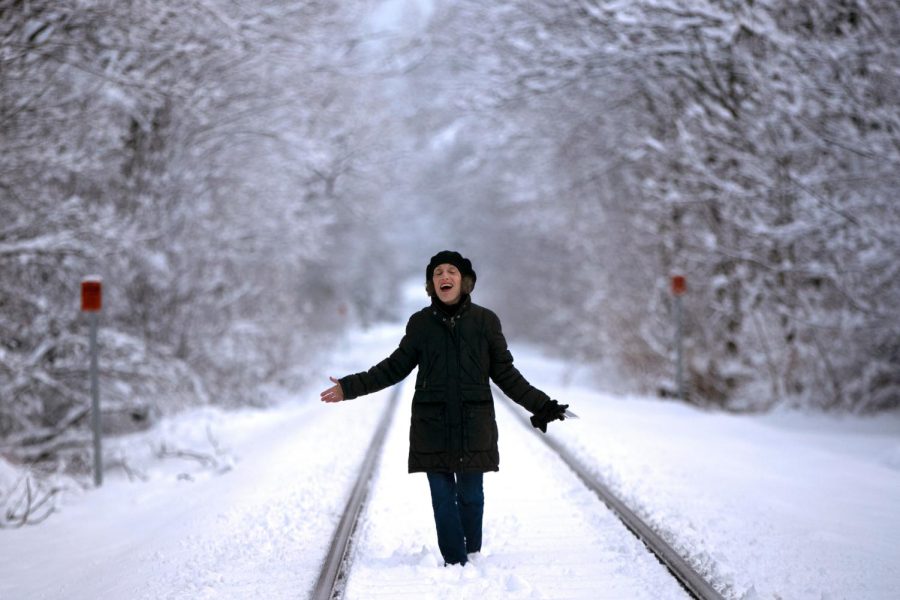 A woman walks in the snow after a snowstorm early in the year.

Snow days are one of the best things to exist.

Just think about it. When the gloomy winter weather hinders motivation and you have six months of the school year behind you, the impromptu day off is like a gift from the heavens.

They’re so well-regarded that people have even created traditions, like putting a spoon under your pillow or flushing ice down the toilet, that collectively contribute to the snow day hype.

Unfortunately, as the education system has become digitized and schools have become more equipped to operate remotely, this wonderful childhood tradition is at risk.

This is because though inclement weather can still keep students away from the school building, it can no longer keep them away from school.

Despite being off school for three days due to snow last week, students at Althoff Catholic High School had to partake in remote schooling—just like they did earlier in the pandemic.

“I love snow so it’s hard having to do online school when you see other schools off of school,” said Ethan Karbon, a junior at Althoff. “I am not a fan of online school. It would just be better if we did not have school at all.”

District 7 has considered doing something similar, but they have not yet had a snow day learning plan approved by the state.

Whether that ends up happening or not, I encourage the district to refrain from conducting remote schooling on snow days.

In an Instagram poll I conducted, 193 out of 221 said they would be opposed to Zooming on snow days.

Obviously, the majority of people just want to enjoy the snowy day. Having to get on Zoom at 7:20 a.m. would ruin that.

Excluding Thanksgiving, winter and spring break, the second semester has three off days compared to the first semester’s 11. Snow days usually make up for that disparity, so getting rid of them would likely increase student and teacher burnout.

All in all, the district should keep snow days the way they have been. It would not only preserve a generational tradition, but it would also make everyone happier.