One Small Step for Man, One Giant Leap for Carbon Emissions 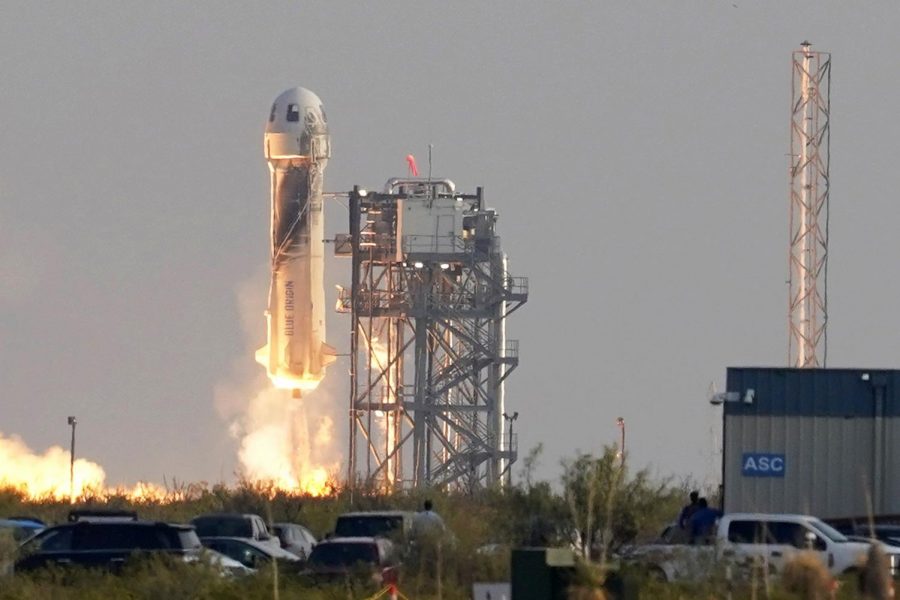 Who am I to tell a millionaire what to do with their money?

Though I may disagree, I have no control over where the world’s most wealthy invest their money. On the horizon for this group: space travel.

Once considered the pinnacle of technological advancement, space travel is shifting from being used strictly for scientific endeavors to being used for recreational space tourism.

Though this seems like an exhilarating opportunity, steps should be taken in order to prevent negative side effects on ecosystems around the globe.

Virgin Galactic is one of a few companies specializing in space travel for enjoyment rather than just science. Their web page describes the experience in four simple steps, which includes weightlessness nearly 300,000 feet above Earth’s surface.

Though this price is unaffordable for many, competition within the space-travel industry may decrease ticket prices, making the experience available to more people.

This economic benefit is negligible, however, when the effects of emissions are considered.

According to The Guardia, although emissions from rockets are relatively small compared to the emissions of other aircrafts, their emission rates are increasing by more than 5% each year.

According to Elois Marais, an associate professor at University College London , emissions released into the upper atmosphere  take two to three years to dissipate.

These upper atmospheric emissions can lead to depletion of the ozone layer.

The ozone layer is described by the EU as “a natural layer of gas in the upper atmosphere that protects humans and other living things from harmful ultraviolet (UV) radiation from the sun.”

Depletion of the ozone layer, an effect of continuous emissions of chemicals and gasses into the atmosphere, prevents proper diffusion of UV rays onto Earth’s surface.

The negative effects of increased rocket launches are obvious. If recreational space travel is to become more popular, ecosystems across the globe will face the consequences.

Instead of just contributing to emissions, ozone depletion and ecosystem disturbance, those with the money to afford a ticket to space should also fund restoration efforts.

In order to neutralize damage done by their trip, participants in recreational space travel will need to plant around 11,000 trees.

Now, I am not literally suggesting that people plant thousands of trees before they travel to space. They should, however, be making environmentally-conscious contributions to offset damage done by their travel.