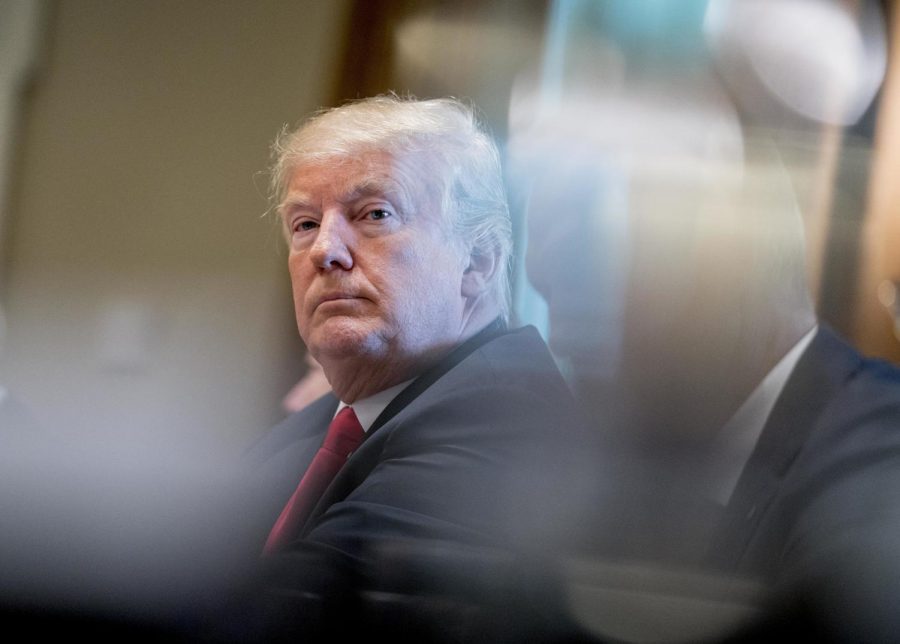 The hot seat has never been hotter for Trump.

The American people have been exposed to fleeting news coverage of Trump’s controversies: Mueller’s investigation leading to indictments for obstruction of justice (and not much else), his many supposed smoking gun tapes which lead to nothing and speculation of Russian hacking since he won the Republican primary.

Now, the American people have something concrete. Both Trump’s former personal lawyer Michael Cohen pleaded guilty and former campaign chair Paul Manafort was tried and convicted on Tuesday Aug. 21. Cohen was tried in New York for breaking campaign finance laws, and Manafort’s hearing indicted him for eight counts of financial crimes with Russian oligarchs in D.C. Despite Trump constantly denying any involvement with either crime, both men may as well be flanking him in the Oval Office.

This courtroom drama has snapped people out of the haze that is Donald Trump’s empty promises—from clean coal to more jobs for African Americans—has shown what type of person Trump associates with. Each and every news source is asking, “Wait, will Trump be impeached?” Yes, even Fox News.

While a sitting president cannot be indicted for a crime, he or she can be impeached. Former Republican Speaker of the House Newt Gingrich successfully led the impeachment trials against Bill Clinton for perjury and obstruction of justice, but he doesn’t think that Donald Trump is in the same boat.

Maybe he isn’t. Cohen was found guilty of a felony “in coordination with and at the direction of a candidate for federal office,” according to Time Magazine. Trump was never mentioned in the case itself, and he has vehemently denied any misconduct through his two favorite portals: Sarah Huckabee Sanders and Twitter.

But unlike the President’s other scandals, these men are too close to him to go away easily. Each has announced that they plan to cooperate with Special Counsel Robert Mueller, so we are another step towards what some believe could be impeachment for the third time in American history.