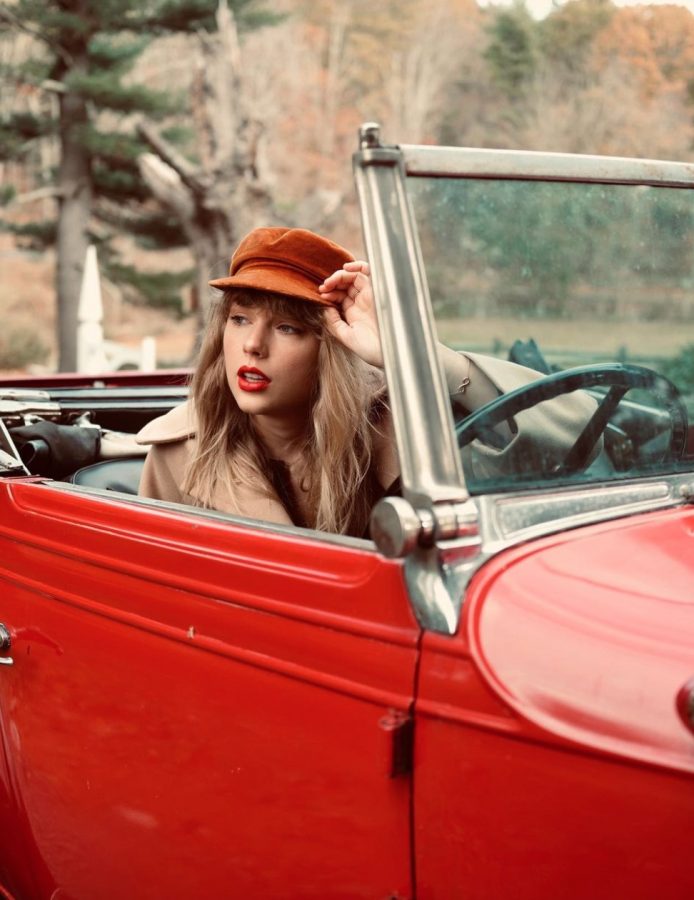 Taylor Swift released the rerecording of her second studio album, “Red”, and after listening, I’m feeling all too well.

Now, I wouldn’t call myself a die-hard Taylor Swift fan, but I would embrace the title of mediocre swiftie. I love her music, I often know what is happening within Taylor Nation and I have been to a concert. That said, the release of “Red (Taylor’s Version)” was intriguing.

After spending an hour skipping between the 16 rerecordings and nine ‘from the vault’ songs, this slight interest turned into major excitement: my favorite Taylor album had improved tremendously with noticeable vocal maturity, retouched production and amazing new tracks.

But before getting specific about the album, let’s talk about why Swift rerecorded “Red” in the first place.

Though Swift is the recording artist of each one of her songs, she does not technically own some of them. Big Machine Records, the record company she signed with in 2004, does.

In the nearly 20 years since then, Swift says the company has gone behind her back multiple times, selling her music without her knowledge. This, in addition to wanting complete ownership of her music, has compelled Swift to rerecord her first six albums, taking back what’s hers.

“Red (Taylor’s Version)” is the second album to be rereleased, and from the wee-ees in “We Are Never Getting Back Together” to the 10-minute-long version of “All Too Well,” everything has changed.

While the rerecorded tracks still have similar beats and lyrics, there are still some notable differences. Each song is more crisp and clean because of Swift’s matured voice, and due to improved production, the blend between the instrumentals has improved.

All of these are additional improvements. However, one rerecorded song is almost unbearable. In “Stay, Stay, Stay (Taylor’s Version),” the bass is reduced, the bells are more chimey and Swift’s voice is further separated from the instrumentals. These changes make the upbeat song sound childish.

My favorites among these are “Nothing New,” “I Bet You Think About Me” and of course, “All Too Well (10 Minute Version).”

In “Nothing New,” Phoebe Bridgers joins Swift in singing about their fears of getting older. The track has a chill, somber vibe, and it just sounds beautiful. The music is laid-back, and the lyrics are clearly personal to Swift, talking about society’s ever-changing perception of her. It’s the type of song I’d want to listen to on a cold winter day, feeling neither happy nor sad.

“I Bet You Think About Me,” is a bit more fast-paced, and just like many other songs on the album, it’s about her ex-boyfriend, Jake Gyllenhaal. Throughout the song, Swift sings with a noticeable Southern twang to highlight the difference between her and Gyllenhaal’s socioeconomic backgrounds. Swift’s voice sounds especially good in this song, and in the main chorus, she is joined by Cris Stapleton, who harmonizes with her. The blend of their voices makes this track easy on the ears.

Last, and—actually the opposite of least— is “All Too Well (10 Minute Version).” This is my favorite song on the album and out of anything Taylor has ever released. Beautiful is an understatement.

The song is about Gyllenhaal, and it is Swift recounting all of the heartbreaking moments she faced in their relationship.

“All Too Well (Taylor’s Version)” has a different level of production, musical complements and lyrics—she literally says “F*** the patriarchy” two minutes into the song, but that is only one of the many amazing aspects.

The track starts with a calm stroke of the chords on a guitar, giving off a Hawaiian type of vibe—something completely different, but better, than the country-like tone of the original. As the intro continues, the rest of the instruments begin to connect and produce a sound better than they do on all of the other tracks. The sound quality is unmatched.

Then Swift, sounding better than ever, begins to serenade.

Her voice echoes for the next minute, and as the main chorus picks up, she is joined by angelic background vocals. After this, Swift begins the first lyrical change before returning to the chorus about a third of the way in.

Swift continues to sing, still complemented by a blend of the angelic voices and instruments, before diving into the second lyrical change. After this, she begins the outro.

Reflecting on the love she once had for Gyllenhaal, Swift closes out the album: “It was rare, you remember it, All Too Well…”

In “Red (Taylor’s Version),” Swift took an already phenomenal album and improved it. If you haven’t listened to it yet, find time to.