‘He’s All That’ Makes No Sense 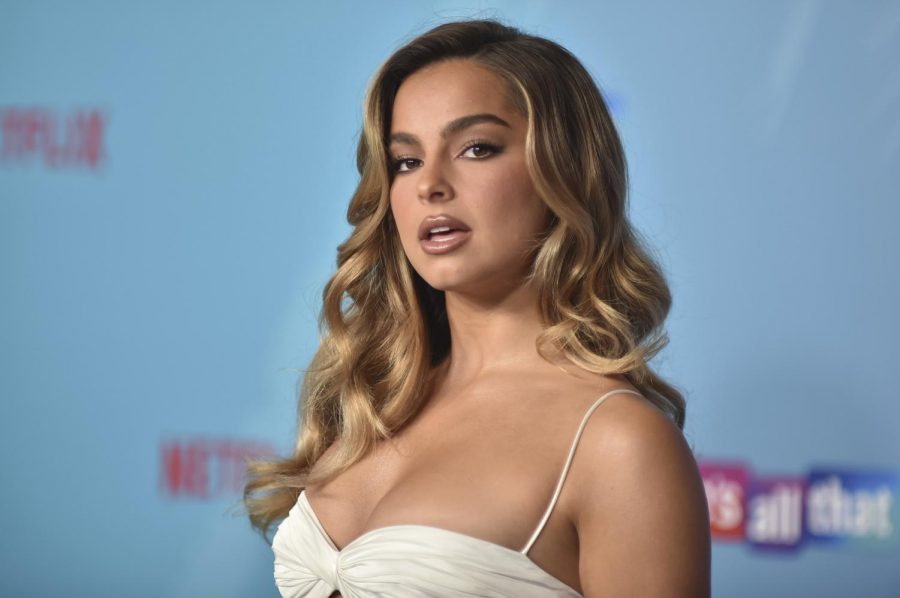 Addison Rae at premier of "He's All That."

Why are there TikTokers at Academy award events? Making chart-topping songs? Raking in lead roles in shows and movies?

On one hand, it makes sense, they have as many fans as most pop stars, and as young people become less interested in traditional celebrities, the culture has to shift with them.

On the other hand, Addison Rae earned her 84.3 million TikTok followers and 5.4 billion likes by lip-syncing to songs and taking part in dance trends. So why is she starring in a movie Netflix spent $20 million dollars to acquire?

In a gender-bent reboot of the 1999 film “She’s All That,” Rae plays Padgett, an online influencer pretending to be rich so she can fit in with her popular friends at school. After the discovery of her boyfriend cheating on her goes viral, she loses her fans and her quirky, makeup blogger status.

Determined to reclaim her following and high-fashion sponsorships, Padgett sets her sights on giving a makeover to social outcast Cameron. She makes a bet with her friends that she can turn him into prom king, kicking off the plot of “He’s All That.”

It’s an hour and 28 minutes of the least subtle filmmaking to have hit pop culture in a long time. Even for a Netflix original. Even for a TikTok star.

This movie, for one, has no depth to its characters. While the cast managed to secure roles for decorated celebrities and some names from the original film, every line reads more as a writing room first draft than a big-budget movie script. Adults trying desperately to appeal to teenage culture has never been more obvious, or more clueless.

Best friend characters are not people but accessories to equally flat main characters, rich mean girls are one step in subtlety below carrying miniature dogs in their purses and fellow classmates and acquaintances offer so little to the story that it’s surprising they have names.

Love interest Cameron doesn’t stand out from the stereotype-laden writing. He has little characterization of his own, instead defined by how different he is from everyone else. He likes horses, takes pictures with an old film camera, has a dead mom and hates pop culture. A true bastion of the 2010’s edgy hipster persona.

The casting decisions made in the movie were equally as jarring. All of the supposedly 17-year-old characters are played by actors well into adulthood, which the movie does little to hide. Rachael Leigh Cook, makeover candidate in the original “She’s All That,” returns to the franchise as Padgett’s mom, though Rae and Cook look more like cousins than mother and daughter. Male characters don’t escape the uncomfortably adult casting either, with Padgett’s ex-boyfriend sporting a full beard and tattoos.

This casting becomes less funny and more horrifying when the one appropriately casted character – Cameron’s little sister – is harassed by a character who should be only a year or two older than her. The actors, however, are 16 and 22.

“He’s All That” attempts to justify its choice to hire obvious adults as children, apparently, by having a talent show interrupt its plot. Rae is granted several scenes where she sings and dances with little else happening for minutes at a time. The climax of the movie at prom is put on hold for a dance battle that lasts equally as long as Padgett being crowned prom queen, making a speech and subsequently giving up the title.

And, of course, every adult man LARPing as a teenager will take off his shirt to reveal abs at some point in the movie.

At least they hired these actors for a reason, because the justification definitely wasn’t in their acting ability. Those returning to the series like Cook and Matthew Lillard offer skilled performances, held back by mediocre writing. Those playing teenagers, though, don’t seem to have moved past the TikTok skit style of performance.

The masses of shirtless men forced upon viewers are rivaled only in subtlety by the movie’s clear product placement, which feels like an SNL parody advertisement. The already questionable immersion offered by the movie is immediately broken by water bottle labels turned to face the camera at lunch tables, overt shots of the Old Navy website on laptops and characters celebrating “free Pizza Hut” or “KFC to go.”

More confusing than its technical issues is the movie’s confusion about its core message. The intended theme is self-acceptance – the film all but hits viewers over the head with it in the speech Padgett gives her classmates at prom. She gives up her career as a makeup blogger to embrace herself without the constraints of the influencer world. And yet, in the epilogue of the movie, she’s returned to being an influencer, but now as a travel blogger with Cameron in tow.

The complete absence of chemistry between the two leads makes this scene feel as though he is being forced into the blogger life against his will. Not a great look for a movie about staying true to your beliefs.

In the scene preceding the couple’s first kiss, Cameron wipes Padgett’s makeup off without asking. Boundary issues aside, the emotional background music is trying to tell the audience that what just happened was a step in the right direction. If an audience is meant to believe that Padgett’s use of makeup is hurting her, the filmmaker’s decision to have Addison Rae wearing obvious heavy makeup throughout the rest of the film leaves behind a confusing message.

“He’s All That” is a movie in a league all its own, but not for commendable reasons. In a film where the love interest rides in on a literal white horse to cheer up his crush, it’s surprising to think that the movie’s writer, R. Lee Fleming Jr., has been nominated for an Emmy twice.

The movie should serve as a warning for aspiring movie creators on the dangers of heavyhanded filmmaking.