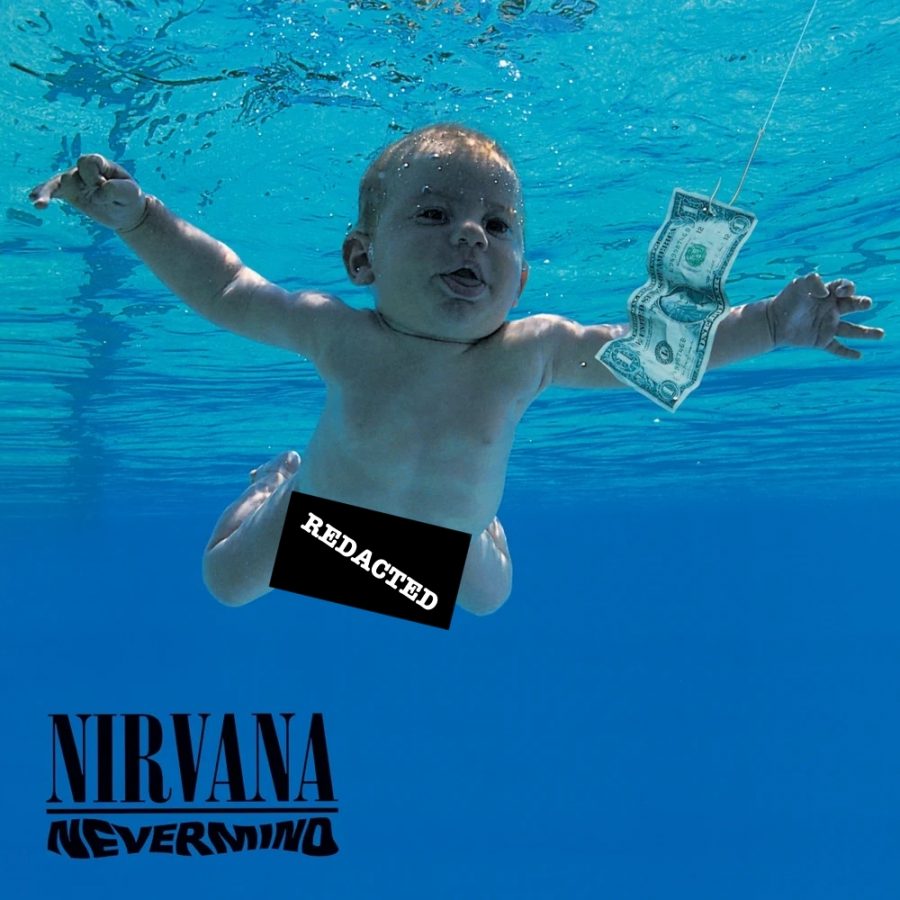 Many of the most iconic images of the last century come from album covers:

infant Biggie in a diaper

or a prism splitting a rainbow.

Some might think that to grace the cover of such an infamous opus would be a dream come true but, according to the former Nirvana baby, it isn’t so.

Spencer Elden, the toddler photographed swimming towards a dollar bill on Nirvana’s 1991 album “Nevermind”, is suing the band and photographer, according to the New York Times, stating the image is child pornography.

As compensation, Elden wants $150,000 from each of the involved, being Kobain’s estate, Dave Grohl, Kris Novoselic, Courtney Love and a total of 11 others who profited from the image.

“I’ve been going through it my whole life. But recently I’ve been thinking, ‘What if I wasn’t ok with my freaking penis being shown to everyone?’ I didn’t really have a choice.” said Elden, 30, in a 2016 interview with GQ Australia.

According to the same interview, his second-guessing started a few months before when Elden approached Nirvana for a contribution to his art show.

“I was trying to do an art show with the photographer who took the picture. I was asking if they wanted to put a piece of art in the f****** thing.”

During this attempted collaboration his perspective changed.

“I was getting referred to their managers and their lawyers. Why am I still on their cover if I’m not that big of a deal?” said Elden, who has “Nevermind” tattooed across his chest.

Regardless of Elden’s reasoning, some Nirvana fans, including EHS senior Ry Montgomery, are concerned about the effect the accusation could have.

“Its not hard to see how exploiting a child for illegal sexual imagery and the making of a controversial album cover are different, but the use of the phrase ‘child pornography’ directly connects those two in our minds.” said Montgomery.

“Nirvana will forever be associated with those (images) of child pornography photographers, who are generally thought of as some of the worst people on the planet.”

Yet according to senior and drummer Jack Busse, he isn’t so sure the band’s audience cares:

“I don’t want to undermine someone’s discomfort, as it is still a nude picture of them in their childhood.” Busse said. “But I do not think it classifies as pornography.”

Defacement aside, Elden intends to persist, his lawyers stating he has suffered damages including “emotional distress” and a “lifelong loss of income earning capacity,” according to the New York Times.

In the same GQ interview, Elden said, “…its f****** weird, man. It’s like that dream where you go to school without your clothes on.”